“Zhaga, the global lighting industry organization, puts the spotlight on interoperability,” says Dee Denteneer, Secretary General of the Zhaga Consortium. “Our mission is to specify the electrical, mechanical, optical, thermal, and communication interfaces for the interoperable components used in LED luminaires.”

According to Zhaga, a luminaire component is interoperable when it can be combined with (an)other interoperable component(s) and function as specified in the component datasheet. “Interoperability requires that components match on all aspects of each relevant component interface,” adds Denteneer.

To illustrate, Denteneer points to replacing an LED module with a more efficient LED module. “The new LED module is considered interoperable if it fits into the luminaire and can function according to its datasheet,” he explains. 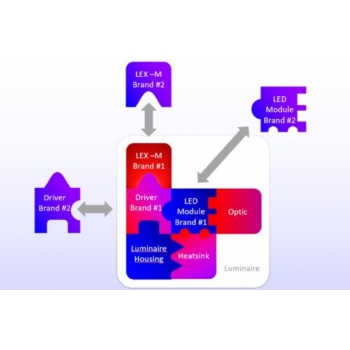