A MAJOR SUPPLIER of tomatoes to UK supermarkets has reported ‘astonishing’ results from LED lighting.

Flavourfresh, which produces nearly three million kilograms of tomatoes a year for the likes of Asda and Marks & Spencer, introduced LED lights two years ago at its greenhouses in Southport, to keep production going during the winter months. Production manager Andy Roe says the results have been ‘astonishing’.

‘The technical specs, and our expectations, were all met in year one’, says Roe. ‘Everything from plant growth to fruit quality and flavour.’ Growing through the winter is a nerve-wracking business, he says, but ‘by the blessing of the tomato gods we got it spot on’.

With their low energy consumption and finely-tuned light spectra optimised for plant growth, LEDs are increasingly replacing high-pressure sodium – which has been the light source of choice in horticulture for decades.

Even so, Roe says LEDs aren’t quite ready to meet all Flavourfresh’s needs. For its newly built 17,000m2 greenhouse, he has chosen to go back to high-pressure sodium again. The reason is not so much light, but heat. 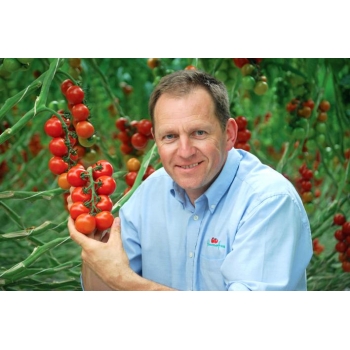