US cities take second look at LED after health warning

US cities are taking a second look at LED street lighting after the American Medical Association (AMA) issued a warning earlier in the year that blue light can disturb sleep rhythms and exacerbate serious medical conditions.

The AMA highlighted high intensity streetlights, such as those found in Seattle, Los Angeles and New York as being potentially dangerous.

Nearly thirteen percent of US roadway lighting is now LED and the technology is usually found in major US cities. LED's increased lifespan and their energy efficient nature are both powerful convincers to local government looking to save money, however the warnings are taking their toll.

While some cities, such as Seattle, have been very dismissive of the health reports, other cities, such as New York, have reacted by switching to lower-intensity LED bulbs, which the AMA considers to be safe.

Lake Worth in Florida is embarking on a plan to replace sodium street lights with more than 4,000 LEDs that have less of the blue light that the AMA has highlighted as being harmful.

In Gloucester in Massachusetts, the city authorities have conducted a consultation and decided to install LEDs which emit less blue light. Next month, the city is expected to finish installing its LEDs, but they will be 3000K rather than 4000K. 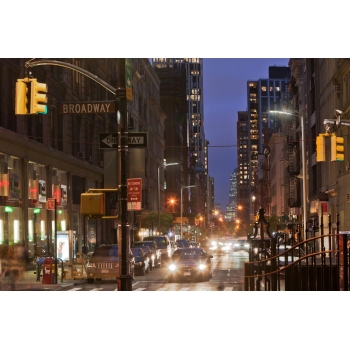