Operating on the theory that exposure to blue light has a calming effect on one’s mood, rail stations in Japan began installing these LED panels as a suicide-prevention measure in 2009. They are strategically located at the ends of each platform—typically the most-isolated and least-trafficked area, and accordingly, the point from which most platform jumps occur. Some stations, such as Shin-Koiwa Station in Tokyo, bolster their LED regime with colored roof panels, allowing blue-tinted sunlight to filter down on to platforms.

It is a scene that plays out each weekday morning across Tokyo. Suit-clad office workers, gaggles of schoolchildren, and other travelers gamely wend their way through the city’s sprawling rail stations.

To the casual observer, it is chaos; commuters packed shoulder-to-shoulder amid the constant clatter of arriving and departing trains. But a closer look reveals something more beneath the surface: A station may be packed, yet commuters move smoothly along concourses and platforms. Platforms are a whirl of noisy activity, yet trains maintain remarkable on-time performance. Indeed, the staggering punctuality of the Japanese rail system occasionally becomes the focus of international headlines—as on May 11, when West Japan Railways issued a florid apology after one of its commuter trains left the station 25 seconds early.

Tokyo is home to the world’s busiest train stations, with the capital’s rail operators handling a combined 13 billion passenger trips annually. Ridership of that volume requires a deft blend of engineering, planning, and psychology. Beneath the bustle, unobtrusive features are designed to unconsciously manipulate passenger behavior, via light, sound, and other means. Japan’s boundless creativity in this realm reflects the deep consideration given to public transportation in the country. 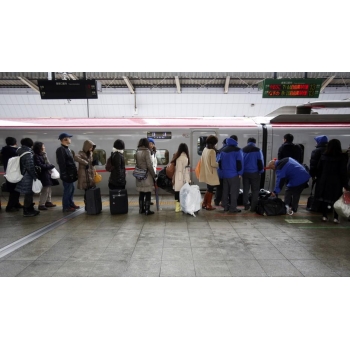 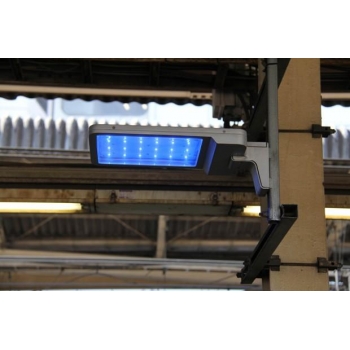