After the recent G20 summit, China and the U.S. have announced to halt new trade tariffs for 90 days, which were originally planned to take effect on January 1, 2019. For the LED industry, it is still uncertain whether the tariffs would be 25% or 10%, which may significantly influence manufacturers’ purchase plans and relocation of factories. However, as the trade war looms, LED manufacturers have to postpone their schedules of decision making. With all these uncertainties, the supply chain tends to wait and see how the situation plays out after three months. So the pending circumstance may slow down demands further.

According to LEDinside, the revenue of fine-pitch display-used LED will grow by 31% YoY in 2018, with the increasing demand for LED displays from the rental market, retail industry and conference rooms, etc. Compared with other applications, fine-pitch LED displays have higher profit margins, and the fine-pitch technology would also enable more new applications. In addition, the falling prices of LED chips have made LED displays more cost-effective than other alternatives in the commercial sector. 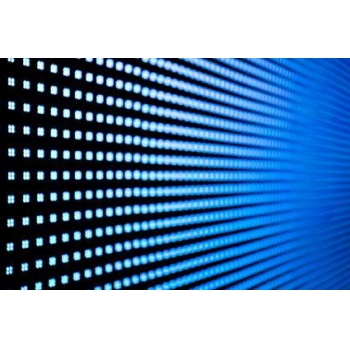