Little is certain about the health implications of long-term exposure to LED lighting, but the proliferation of phosphor-coated white LEDs in everyday applications has sparked a renewed interest in research. Recent investigations have centered on the spike in the short-wavelength blue region of LEDs’ spectral power distributions (SPDs). Studies in disciplines outside of lighting have linked exposure to everything from circadian disruption to blue-light hazard, the latter of which this article will focus on. But should the general population be alarmed? Not really, say the lighting experts.

The Hazards of Blue LightBlue-light hazard was discovered in the field of occupational health and safety in the 1970s, predating the invention of white LEDs. The term describes the acute photochemical damage to the retina caused by “staring at an intense light source,” such as a welding arc or the sun, says David Sliney, chairman of the IES Photobiology Committee. The radiation absorbed by the retina unleashes a series of chemical reactions that can lead to retinal inflammation, cell death, and white lesions within a day or two of exposure.

Research conducted over the last 40 years in medical academia has connected these phototoxic responses to short-wavelength radiation in the range of 400 to 500 nanometers—with a peak around 440 nanometers—prompting speculation about the safety of blue-rich light sources used in general illumination. Fluorescent sources also faced scrutiny for the blue peak in their SPDs, but as John Bullough, director of the Transportation and Safety Lighting Programs at the Lighting Research Center (LRC) in Troy, N.Y., explained in the Journal of the Illuminating Engineering Society in 2000, their low luminance makes any potential for risk of blue-light hazard “negligible.” 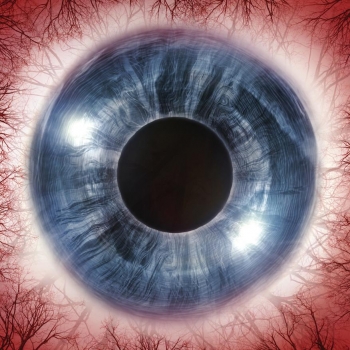